Freedom is nothing but a chance to be better.

The price of freedom is the willingness to do sudden battle, anywhere, at any time, and with utter recklessness.

Those who expect to reap the blessings of freedom, must, like men, undergo the fatigue of supporting it.

Then join hand in hand, brave Americans all! By uniting we stand, by dividing we fall.

Those who deny freedom to others deserve it not for themselves. 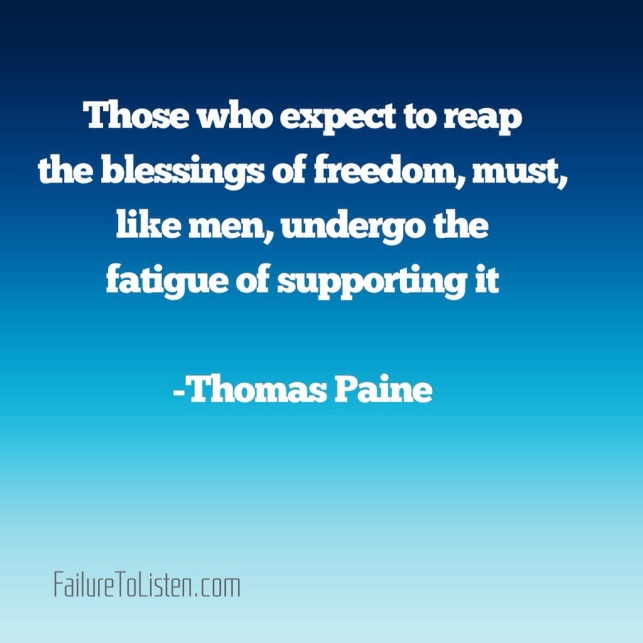 9 thoughts on “Quotes of Liberty and Freedom”