Assange Case: What is Rape?

Do Men Have Rights once accused despite lack of evidence?

In this updated blog post I ask these questions. And hopefully answer with fairness and rationality.

Assange:
Google should be of concern to people all over the world.
“He lost his freedom four years ago and since then has been living in confinement.”

Julian Assange was accused of rape by the law of Sweden; a once sexually liberal country.

In Sweden there are three levels of rape.  Assange stands accused of Level 3 Rape (the lowest level and is considered minor  rape, where sex is redefined as rape). Whatever that means!

“The district court remanded Julian Assange on suspicion of, inter alia, lesser rape per chap 6 § 1 para 2 of the criminal code (as worded prior to 1 July 2013). The prosecutor explained the grounds for suspicion as Julian Assange wrongfully exploiting complainant S being asleep by initiating unprotected sex with her.

The sequence of events has been described by S as follows in an interrogation 26 August 2010 (detention memo p 10):

They fell asleep and she woke by feeling him penetrate her. She immediately asked ‘are you wearing anything’ and he answered ‘you’. She told him ‘you better not have HIV’ and he replied ‘of course not’. She felt it was too late. He was already inside her and she let him continue.”

Sweden, you have to be kidding!? A court took such a complaint seriously.

Put crudely, Sweden, Britain and Australia have their national heads stuck up each other’s arses, fitting nicely in the dirty arse of the USA. 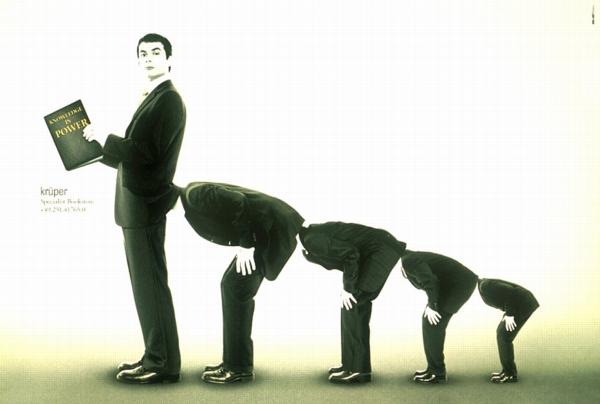 For my American readers, “arse” is what the British and Australians call the “ass”. I’ve no idea what the sensible Swedes call it, though.

At least Assange didn’t penetrate the woman’s anus! That might have hurt her.

Conveniently, this witness account was defaming a man’s reputation by blatant miscarriage of justice without providing a shred of evidence.

It has now been four years, going on five years, since Julian Assange was stripped of his inalienable rights to LIFE, LIBERTY, and the pursuit of HAPPINESS.

No one can be stripped of those rights without cause, but here he was, stripped of his rights by a so-called “neutral” country. The new definition of “neutral” is to be a brown-noser to the USA.

I wouldn’t be surprised if Sweden, along with the Baltic States, Poland and the Ukraine, will join America’s partners in crime and turn against their citizens. As in the ‘Five Eyes’.

Since 2010, Sweden has done nothing to expedite or move this case along. Again, convenient delay is a form of censorship. Also during this time, there have been no new allegations and, in the case of rape (not consensual sex), no evidence of trauma.

Even with ‘date rapes’ women have certain psychological stigmatas or forsenic profiles that were not present with this allegation (allegation without evidence or charge).

I do not understand how a NEUTRAL country and its judiciary could allow such an obscene miscarriage of justice, and under the coercive forces of the USA.

Freedom of speech, freedom from surveillance and inalienable rights are not valued by Sweden, the UK, Australia, and of course, the USA. Applause goes to Ecuador for standing on the side of justice and the people.

Sweden just had a major upset in their election that should serve as a wake-up call: the status quo is no longer acceptable.

Their people want change. Real change starts by respecting the will of the people and their natural rights to life, liberty, and the pursuit of happiness. Something that has been denied to Julian Assange for four to five years by Sweden (a country under USA control).

I ask my readers, what happened to the presumption of innocence until proven guilty?

This presumption, not afforded Julian Assange, is evidence of government corruption, censorship and a violation of human rights.

Looking closely at one of the allegations, a young woman felt (literally!) that the early morning surprise “woody” penetration was rape. She had just spent the night engaged in multiple sexual intercourse with Assange.

Swedish Chief Prosecutor Eva Finn’s investigation of the allegations included an interview of Mr Assange. On review of the testimonies and evidence, Attorney Eva Finn dismissed all charges and closed the case.

Curiously, the case was re-opened (without new evidence or reason) by a politically motivated new prosecutor, Marianne Ny. At the time, release of over a half million cables to Wikileaks (by  Bradley/Chelsea Manning) exposed war crimes against the US, as well as torture and other illegal spying by the USA and its allies.

The US Government was not pleased, and immediately convened a secret grand jury to sanction it’s dirty policy of torture, murder and spying indiscriminately on American and foreign targets.

I welcome your comments.

Corruption is highly contagious and often associated with discrimination and cruelty. All of which infected “neutral”  Sweden, who then infected the UK and Australia, by using the European Arrest Warrant (EAW) to make these other countries complicit in egregious human right violations and abuses.

Corruption lacks accountability and  creates fear and myths, as well as continuing to endanger the lives of those who expose the truth. Manipulated by US intelligence agencies, the same ones who allegedly gathered intelligence about weapons of mass destruction (WMD) that was a lie. A truth covered up by many European countries allies of the USA.

And to further censor and punish Julian Assange, USA officials (including the CIA, DoD and NSA) placed him on the ‘hit list’. Oh yes, it exists! As with Martin Luther King, Jr. and John F. Kennedy. Both long dead!

Now do women have any responsibility in cases of rape?

Can a woman walk around naked, caress a man’s crotch and claim rape when sex occurs because she whispered “No” during orgasm? That is sex! We women have responsibilities also to be careful.

Agree with me? Or not? Let me know in the comments.

Were there any physical injuries to indicate harm or resistance? At this late date there will not be forensic evidence. What about psychological evidence at the time of the alleged rape?

Why do the Swedish authorities persist in making a mockery of rape and setting new precedents that violate human rights of men and real victims of rape? Why the delay in justice for both the woman and Assange

The rape allegations against Mr Assange were ridiculous and smelled of foul play.

He had consensual sex with an adult woman. He is a man who gets hard at the site of pretty young women — that is not a crime — that is healthy. Where is the rape?

Rape is  forced sex against one’s will often accompanied by evidence of sexual attack or psychological trauma.  In the case of Assange, there was no forced sex.

There was no physical and historical evidence to support the Swedish and American allegations of rape. So why is this man’s freedom and life in jeopardy? We need to protect him! Yes, he is in serious danger.

Why waste taxpayers money on a case of simple sex? That is the “sixty four thousand dollar” question of censorship. Sweden makes sex a dirty act by defining one of the most beautiful pleasures as rape. No one should ever be arrested and stripped of natural rights based on accusations, without evidence, as in the case of Julian Assange.

This is outrageous! Shame on any system that permits such travesty and mockery of real women, and violations of inalienable human rights of those accused without a shred of evidence.

Sex is not rape! Rape should NOT be used as a political tool to censor or manipulate law-abiding men. Rape is a very serious offense and not a tool for politicians or governments to seek their spiteful vendettas.

4.  Search Or Multiple Instances Of Sexual Assaults By Cops?

5.  EAW Is An Example Of Obedience Without Ethics

6.  Eleven Reasons I’m Ashamed to Be an American By Dave Lindorff

21 thoughts on “Assange Case: What is Rape? Do Men Have Rights?”