Lately, I question everything I do because I forget. You see, in 2012, I suffered severe head trauma that doctors missed. Since then, I had several hypertensive crises and mini-strokes with residual weakness. The first stroke, two months  after the head injury was because doctors continued the meds that raised my blood pressure and caused the head injury.

In 2017, a neurologist finally diagnosed my symptoms as  classic head trauma.  Before that, I carried a diagnosis of “abnormal behavior,” PTSD and HTN. Little mention of the hypertensive crisis or stroke which I think my PCP at that time did not believe was real. I had to change doctors to get the care I needed. In July, I will meet with a brain trauma specialist who I hope will help me.

What was it like to live with undiagnosed brain injury? Painful, very traumatic and destructive to my life and relationships. In the early days after the head injury, I woke up and often forgot to get out of bed. Or I would get out of bed and sit in a chair by the window for hours without moving. I would forget to wash my face, bath, get dressed and even eat. Activities of daily living (ADLs) were challenging, and I was alone without help. Took me 3-5 times as long to do simple tasks.

I also dreaded going out in public because I didn’t want anyone to know I was different. Living in my head and overwhelming fatigue made me an invalid.

I knew something was wrong but couldn’t figure it out. Deep down I suspected brain injury but didn’t want it known. I feared it would be the end of my career and it was.

This post has no title because I’m not sure where it’s going. Maybe it’s an explanation for why I haven’t followed through on many stories or why I have imprisoned myself. Or perhaps it’s the beginning of my recovery.

Be patient  as this story slowly unfolds.  Last year, I was in an extremely dark place when I found a flashlight. 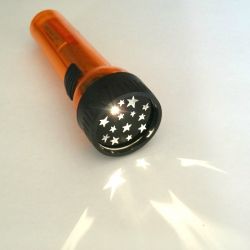 11 thoughts on “Personal Story of Head Injury: A Story Without A Title”